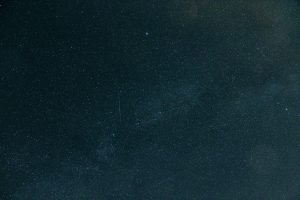 A canon EOS 1100D (un-modded) was used to take this image of the summer triangle, that includes the 3 bright stars Vega, Deneb and Altair in the constellations of Lyra, Cygnus and Aquila.

A light pollution filter was used. For this I used a Ostara 2 inch Moon / Skyglow filter . So how did I connect a telescope eyepiece filter to a DSLR camera lens ? . I simply rested it on it

Processing was done using Canons Digital photo professional. Using the histogram to bring out more detail and fainter stars also increased the orange sky glow. To remove this, I simply decreased the red in DPP. This reduced colour from the stars, but made the image much better due to the reduced light pollution. There are still some remnants of this on the image as you can see though. But considering the heavy light pollution, I think you will agree it is a good image that also shows the milky way

This entry was posted in Images and tagged imaging, summer triangle. Bookmark the permalink.